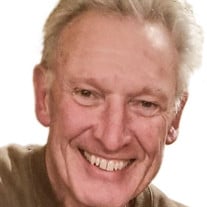 William “Bill” Thomas Mach Jr., age 72 of Quinlan, TX, passed away peacefully on September 15, 2021, at home surrounded by his loved ones. He was born February 18, 1949, in Ennis, TX, to William Thomas Sr. and Annie (Pekar) Mach. Bill’s greatest passions in life were his faith and his family. He was proud of his strong Czech heritage, regularly enjoying kielbasa and kolaches and playing the accordion. Bill was a graduate of Bishop Lynch High School and received degrees from University of Texas at Austin, Marshall University and Southern Methodist University. Following college, he began his career in the real estate industry and later worked as a teacher for many years with DISD. Bill married the love of his life, Rosemary Rowland, on October 17, 1981, in Dallas. They moved to Quinlan in 2009. A devout Catholic, Bill was an active member of the Catholic Union of Texas, The KJT in Dallas, and active with the Knights of Columbus Council. Bill was an active leader in his sons’ Boy Scouts troops, which brought many memories and time together with his four sons, including competing in the pinewood derby and hiking trips to Philmont. He had a love of astronomy and could often be found gazing up at the night sky, pointing out various stars and constellations. He loved to tend his garden and enjoyed the beauty it brought. Bill is survived by his loving wife of 40 years Rosemary Mach; sons Jeremy Jones & wife Shana, William Thomas Mach III, Andrew Mach & wife Elizabeth and Daniel Mach & wife Kristy; grandchildren David Jones, Donnie Jones, Claudia Jones, Audrey Mach, Kennedy Mach, Kevlyn Mach and Beckham Mach; sister Patricia Mach Norman & husband Phil and brothers James Mach & wife Vivian and Michael Mach & wife Kriste. Services will be held Monday, September 20 at Sacred Heart Chapel at 3900 Rowlett Road in Rowlett beginning at 10:00am with Visitation at 9:00am prior to services beginning. In lieu of flowers, the family asks donations be made to 29 Acres in honor of Bill. www.29acres.org

The family of William "Bill" Mach Jr. created this Life Tributes page to make it easy to share your memories.