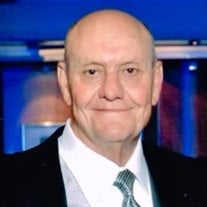 Tommy “Tom” Wyndol Bates, age 73, of Rowlett, TX, went to be with the Lord on March 15, 2022. He was born in Rotan, TX on April 30, 1948, to Ralph and Jean Bates. The family moved to Tulia, TX in the early 1950s where Ralph, Sr. opened Bates Shoe Store. Tommy graduated from Tulia High School in 1966 and attended Abilene Christian College on a football scholarship. He transferred to West Texas State University in Canyon, TX in 1968 and graduated there in December 1970, with a BBA in Management and Economics. In April 1971, he was appointed as a United States Postal Inspector and served in Poplar Bluff, MO, Kansas City, MO, and Tyler, TX before his transfer to the Dallas office in 1975. In September 1980, he was hired as a Special Agent with the Office of Inspector General, U.S. Department of Agriculture in Dallas. He rose in the ranks over the years from a Special Agent to a Senior Special Agent to a Supervisory Special Agent to an Assistant Special Agent-in-Charge. In October 2004, he initially retired after 33 years in federal law enforcement. He was immediately hired as a Senior Criminal Investigator by the Medicaid Fraud Unit of the Texas Attorney General's office in Dallas. He worked there until 2008 when he went back to work as a Senior Special Agent with the Special Inspector General for Iraq Reconstruction (SIGIR) of the Department of Defense. He finally retired in September 2013, when the Agency was permanently closed. His law enforcement career spanned 42 years. Tommy was a dedicated follower of Jesus Christ. In his free time, he enjoyed being outdoors, fishing, and refinishing furniture. He was an avid Dallas Cowboys and Texas Rangers fan. Tommy married his wife, Melody on July 19, 1985, and together they enjoyed traveling all over the world. He loved his family dearly. His presence will be deeply missed. Tommy is survived by his loving wife: Melody Bates of Rowlett, TX; children: Toby Blakley and wife Michelle of Fate, TX, Lilee Blakley of Plano, TX, Joshua Blakley and wife Miranda of Fate, TX, Logan Blakley of Fate, TX, Camden Blakley of Fate, TX, Emily Hunt and husband Edward of Royse City, TX; granddaughters: Ellie and Emma; brother: Ralph Bates of Tulia, TX; sister: Vicki Bates of Burnet, TX; and numerous other relatives and friends. Funeral services will be held 3:00pm Wednesday, March 23, 2022, at Eastridge Church of Christ, 670 N Stodghill Rd, Rockwall, TX 75087, with Jason Reeves, minister officiating. Interment will follow in Rest Haven Memorial Park. A gathering of family and friends will take place Tuesday, March 22, 2022, from 5:00 to 7:00pm at The Gathering at Rest Haven Funeral Home-Rockwall Location.

The family of Tommy "Tom" Wyndol Bates created this Life Tributes page to make it easy to share your memories.