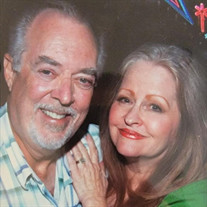 Stephen Lynn Lindsey, of Heath, TX, passed away Thursday, August 26, 2021, due to complications from the coronavirus. Steve was born in St. Louis Missouri to the late Marion Lyndall Lindsey and Ruby Dorene Gordon. Steve is survived by his wife: Sherry Lindsey; three sons: Jeff Lindsey of Greenville, TX, Matthew Lindsey of Charlotte, NC, and Noel Lindsey of Rockwall TX; and five grandchildren; Jack, Luke, Lanie, Brooke, and Weston. Steve earned his bachelor’s degree in business from McMurry University in 1973, graduating Magna Cum Laude. In 1975, he also received a Master’s Degree from Abilene Christian University. He earned both degrees attending night school while working over sixty hours per week. He served his country as an Air Force aircraft technician in the Vietnam War and was the youngest in the 2nd Air Force to receive a promotion to Staff Sergeant. In his early career, Steve owned a successful auto detailing and paint business where he created award-winning, custom classic cars. In his shop, he also built several racecars and set local and regional records. After exiting the business, he enjoyed a 30-year career with 3M as a sales executive and retired in 2008. Throughout his life, Steve greatly valued volunteerism. While in Vietnam Steve was the only one in his group who spoke French. He volunteered in the local community teaching schoolchildren French. Steve coached little league when his children were in their formative years, and even served as the president of South Garland Little League. More recently, he volunteered in the Boys & Girls’ state programs with the American Legion. He took great pride in serving the students in the program, and would frequently talk about how impressed he was with various applicants to the program. Steve had a passion for automobiles of all kinds and enjoyed boating, motorcycling, and working on his 1955 Chevrolet Belair. Over the years, he spent much of his spare time taking his family skiing and fishing and spent many afternoons on Lake Ray Hubbard. He was fiercely dedicated to serving his family and his country. Due to the recent COVID spike, services will be live-streamed only at 10 am on September 10, 2021. The family appreciates your understanding. The service will be live-streamed; please go to www.oneroomstreaming.com and click on the "watch your service" icon and use Event ID: resthavenrockwall and password: KI1C54

Stephen Lynn Lindsey, of Heath, TX, passed away Thursday, August 26, 2021, due to complications from the coronavirus. Steve was born in St. Louis Missouri to the late Marion Lyndall Lindsey and Ruby Dorene Gordon. Steve is survived by his wife:... View Obituary & Service Information

The family of Stephen Lynn Lindsey created this Life Tributes page to make it easy to share your memories.