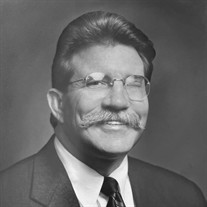 Robert Dale Sparks, D.O., age 73, of Rockwall, Texas, passed away on February 6, 2022. He was fondly known to most as “Bobby” or “Dr. Bob.” A lifelong resident of Rockwall, Texas, he was born at home on August 26, 1948, delivered by his father Dr. Sherman Sparks. He was born to Sherman P. Sparks, D.O. and Billie June Wester Sparks into a family of physicians dating back to the 1890s (10 in all). Dr. Sparks graduated from Rockwall High School in 1966, East Texas State University (ETSU) in 1971, and the Texas College of Osteopathic Medicine (TCOM) in 1977. While at ETSU, he earned a B.S. degree in chemistry and various minors, including zoology, education, and art. While in medical school at TCOM, Dr. Sparks student taught chemistry, biology, anatomy, and various labs including biochemistry and histology. Dr. Sparks completed his post-doctoral work at Methodist Hospital in Grand Prairie, Texas, where he had a rotating internship that included several metroplex facilities. He taught students and residents at his office for over 46 years. In 1976, Dr. Sparks returned to Rockwall after medical school and joined his father and brother, Dr. Sherman P. Sparks and Dr. Randal P. Sparks at the “Sparks" Clinic. He practiced medicine in Rockwall for 46 years. He served as Rockwall High School Yellow Jackets’ team physician for 20 years, City Health Officer for 20 years, and County Detention Center physician for 22 years. He also served on various committees for the Rockwall Independent School District and formulated plans for the expansion of schools and their bond issuance. In recognition of his life-long contributions to his community, the County Commissioners proclaimed April 26, 1999, as Dr. Robert D. Sparks Day. Dr. Sparks was an avid motorcyclist, car enthusiast, car collector, and pilot since age 16. He enjoyed hunting with his sons and best friend, Bob Chambers. Dr. Sparks recalled the 1963 State Championship Football Team on which he played starting guard at age 15 as a highlight of his youth. Dr. Sparks has been a proud coin carrying member of the Rockwall Band of brothers for over 15 years. He was always there to assist those in need regardless of their financial or insurance status. He cherished his association with the veterans and community leaders. Dr. Sparks was Past Potentate of the Hella Shrine Temple, in Garland, Texas. While there he became Director of the Royal Order of Jesters, a member of the Director's Staff, Flying Fez, Greeters, the Cabari, and the "Q". He was also a member of the Scottish Rite with a 32nd degree, York Rite composed of The Chapter, Council and Commandery that included Commandery #6, Knights Templar of Texas, Royal Arch Mason, Order of Red Cross, and Order of the Knights of Malta. He was made a Mason in 1984 at Rockwall's East Trinity Lodge #157. Dr. Sparks was past Worshipful Master at Rockwall's East Trinity Lodge #157 and Fate Lodge #802 and also served as Chaplin. He was a 38-year Mason and considered Masonry to be one of the most important things in his life after his Christian beliefs (member of Lakepointe Church). His involvement with all aspects of Masonry was paramount in his life. He felt that Shriners Hospitals were the greatest philanthropy there was. Dr. Sparks referred children in need to both the Shriners Hospital and the Scottish Rite Hospital which provides services to children free of charge. Dr. Sparks was a member of the American Osteopathic Association, American Medical Association, Texas Osteopathic Medical Association, Texas College of Osteopathic Family Physicians, and a Diplomat of The National Board of Examiners for Osteopathic Physicians and Surgeons of the United States of America. He was Board Certified in Family Practice, certified as a Medical Review Officer, and FAA Medical Examiner for pilots. In medical school, he was 1 of 8 founding members for the “Atlas Club” Fraternity. He served on the Texas Board of Medical Examiners as a consultant for many years. Following 9/11, he volunteered to serve on the Texas Task Force One, an Urban Search and Rescue Organization, and was the chief physician on the Blue Team with its 22 members. He and his brother, Dr. Randy, assisted in the formation of the ambulance service in Rockwall, Texas, with training and rapid response. Dr. Sparks and his brother were 2 of the 5 founders of Lake Pointe Medical Center in the early 1980s. Dr. Sparks was one of the 1st Republicans in Rockwall County along with his father. They participated in the Republican Primary held at the Sparks Clinic in the 50s and 60s. He also served two terms as City Councilman for the City of Rockwall during its turbulent infrastructure development in the early 1980s. Dr. Sparks is survived by his wife of 33 years, Tana Jo Mitchell Sparks, children: Mary Jo Sparks (Jordan Castilleja), Amy Lou Sparks (Minh Nguyen), Michael Bradford Sparks, Robert Russell Sparks, Catherine June (Mark) Shepard , Elizabeth Jane (Bret) Hasbrouck; grandchildren: Peyton Sinclair, Joshua Sinclair, Samuel Shepard, William Shepard, and Rosemarjin Castilleja; and brothers, Dr. Randy (Linda) Sparks and David Sparks, and families. He was preceded in death by his parents Sherman P. Sparks, D.O. and Billie June Wester Sparks, and niece Nancy Marie Sparks. A celebration of Robert's life will be held 1:00 pm Friday, February 18, 2022, at Lakepointe Church - The Bridge, 701 East I-30, Rockwall, Texas. In lieu of flowers, memorial contributions may be made to Hella Shrine Temple building fund. (https://hellashrine.org/product/building-fund-donation/), 2121 Rowlett Road, Garland, Texas 75043.

The family of Dr. Robert D. Sparks created this Life Tributes page to make it easy to share your memories.