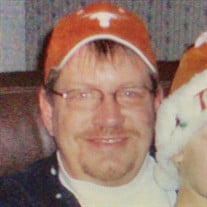 Michael Kobelt, 58, of Rowlett, Texas died at home on Monday, November 22, 2021. Born on February 27, 1963 in Ridgefield Connecticut, Mike’s parents migrated to the U.S. from Germany. Growing up in Ridgefield, Mike graduated from Ridgefield High school in 1981. He went on to earn a Bachelor’s degree in Business Management from Central Connecticut State University in 1985. Shortly after graduating from college, Mike moved to Dallas to follow his passion in the culinary arts. Mike’s expansive culinary portfolio encompassed working for some of the most popular venues in the DFW area over the last 30 years, places such as 8.0s in Uptown, in which he was featured in D Magazine, American Airlines Center and Ranger Stadium. Beyond cooking for these major Dallas area venues, Mike loved to share his culinary skills by treating his family and friends with his favorite dishes whenever possible. A true Dallas native, Mike also loved his local sport teams and actively followed The Cowboys, The Stars and The Rangers. Mike was the proud father of amazing twin sons, Brandon and Peyton, both 20 years old of The Colony, Texas. Along with his sons, surviving family members include his mother Renate Kobelt, his father Klemens Kobelt, his sister Doris Kobelt, Mike was preceded in death by Family in Germany. Having struggled with his own personal health issues during the past several years, Mike also helped his mother care for his father, who suffers from progressive cognitive decline. Although Mike has gone from this world too soon, is loved and will be missed, we believe for him that he is alive now in the loving presence of Our Father.

The family of Michael Kobelt created this Life Tributes page to make it easy to share your memories.

Michael Kobelt, 58, of Rowlett, Texas died at home on Monday,...