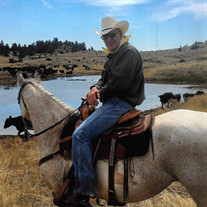 Michael Duan Donegan Aug 15, 1950 - Jun 21, 2021 Mike Donegan passed away peacefully at his home in Rockwall, Texas on June 21, 2021, at the age of 70, after having fought a courageous, lengthy battle with Leukemia. Mike was born on August 15, 1950, to Jim and Betty Donegan. He was raised in Houston, Texas, where he earned the rank of Eagle Scout in high school at the age of 15. In 1968, he graduated from Robert E. Lee High School in Houston and was a proud member of The Class of ’72 Corp of Cadets from Texas A&M University where he earned a Bachelor’s Degree in Agriculture Economics. He was also a Class Agent for The Class of ’72 and a member of The Association of Former Students and A&M’s Chancellor’s Century Council. Upon graduation, he joined the Army and served 5 years; stationed in Oklahoma, Texas, Georgia and Italy. During that time he served as a United States Army Ranger, Special Forces Unit based in Italy, and achieved the rank of Captain. Following his service in the Army, he was The Senior Account Sales Manager with El Dorado Chemical Company in Rockwall for 34 years. Mike served as Councilman and Mayor of McLendon-Chisholm for 17 years (1994-2010). Mike was a member of The Rockwall Terry Fisher American Legion Post #117 for almost 15 years, served as The Post Commander & Post Chaplain for 3 years, was the lead for The Founder’s Day activities and developed The Youth Leadership Seminars. Mike was also active in The Rockwall Band of Brothers, Sisters and Friends, a member of The Rockwall Historical Foundation and The Rockwall County Historical Commission. He was a long-standing member of The Republican Party, elected as The Precinct 3D Chair. He also served on The Rockwall Republican Party and Rockwall Men’s Club Executive Committees. Mike was appointed by former Governor of Texas, Rick Perry, in July 2012 to The Texas Historical Commission and served until February 2015. He served as The Chairman of the Men’s Ministry of Chisholm Baptist Church and co-chaired the Dallas area Fundraiser for The Local Chapter of The ALS Association. Survivors include his wife, Sharon, son’s Chris (Staci), Matthew (Paetra), daughter Amy (Matt) and grandchildren Justin (Beth), Karma, Lily, Coltrane, Jakob, Mathias, Anne Chaddock, niece Kate and nephews Bo and Zach. He was preceded in death by brothers Tim and Larry, his father Jim Donegan, mother Betty Price and Stepfather John Price. Services will be on Thursday, July 1st at Lakeshore Church on Hwy 205 at 10:00am. The service will also be live-streamed; please go to www.oneroomstreaming.com and click on the "watch your service" icon and use Event ID: resthavenrockwall and password: 6RWG8F https://lakeshorelife.online.church In lieu of flowers, donations can be made to The Rockwall Boy Scout Troop 83. Please see the QR Code in the photos tab or click on the link below. You may also mail checks to Boy Scouts Troop 83, P.O. Box 1962, Rockwall, TX. 75087. https://bsa-troop-83-rockwwall-tx.square.site/

Michael Duan Donegan Aug 15, 1950 - Jun 21, 2021 Mike Donegan passed away peacefully at his home in Rockwall, Texas on June 21, 2021, at the age of 70, after having fought a courageous, lengthy battle with Leukemia. Mike was born on August... View Obituary & Service Information

The family of Michael Duan Donegan created this Life Tributes page to make it easy to share your memories.