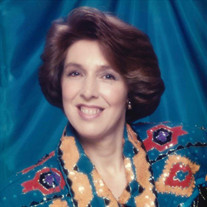 Mary Tresa Roye Long was born on December 2, 1958. She was born to Watson Payne Roye and Mary Beth Roye (nee Rosser). She grew up in Graham, Texas. From an early age, she showed a high level of athletic ability, excelling particularly in the sport of tennis. She won the Graham Country Club tennis tournament in 1976. Tresa graduated from Graham High School in the Class of 1977 and attended Texas Tech University where she met her beloved husband, Steven Wayne Long. They were married July 14, 1979 and moved to Schofield Barracks in Hawaii. Their sons Steven Payne and Robert Nicholas were born at Tripler Army Medical Center in Honolulu, Hawaii. While living in Hawaii, Tresa trusted Christ as her personal Lord and Savior. After 3 years in Hawaii, they were stationed at Fort Belvoir, VA. Then they came back to Texas as soon as they could and in 1984, they moved to Rowlett, Texas. She gave birth to Elizabeth Allison in 1985, Mary Sarah in 1986, David Jesse in 1994, Catherine Rose in 1996, Caroline Grace in 1998, Lauren Faye in 1999, and Emily Danielle in 2000. Her greatest desire in life was to be a wife and mother, and she performed her calling to perfection. She home-schooled all 9 children over 20 years and continued her teaching legacy with many young children in home-school co-ops, and finally with her own grandchildren. Tresa loved the Lord, and her joy was contagious. She was active in serving at her church. She enjoyed singing in the choir and loved teaching children in the nursery. Her delight and joy was spending time with her beloved grandchildren Sarah Luciana Marie Reyes, Enrique Reyes IV, and Olivia Joy Newman. She loved being their “Mimi” and she called them her “sugar dolls” and her “sugar man.” She gave every part of herself to her family. She passed away suddenly April 1st, 2022 at the age of 63. She lived her life to the fullest, never met a stranger, and lived for her God and her family. She is survived by her Husband Steven Wayne Long, Children Steven Payne Long, Robert Nicholas Long, Elizabeth Allison Long Newman, (Christopher Newman and Olivia Joy Newman), Mary Sarah Long Reyes (Enrique Reyes, and Luciana Reyes and Enrique Reyes IV), David Jesse Long, Catherine Rose Long, Caroline Grace Long, Lauren Faye Long, and Emily Danielle Long. She is also survived by her mother, Mary Beth Roye, and siblings, Melinda Miller, Watson Payne Roye Jr, Ross Roye, Robert Roye and extended family. She is preceded in death by her father Watson Payne Roye and her in-laws Bob and Bessie Long. To send donations in lieu of flowers: Make a donation online at www.preborn.org or send an email to Marianne at [email protected], include family name (of person donating) and "in honor of Tresa Long"

Mary Tresa Roye Long was born on December 2, 1958. She was born to Watson Payne Roye and Mary Beth Roye (nee Rosser). She grew up in Graham, Texas. From an early age, she showed a high level of athletic ability, excelling particularly in the... View Obituary & Service Information

The family of Mary Tresa Long created this Life Tributes page to make it easy to share your memories.