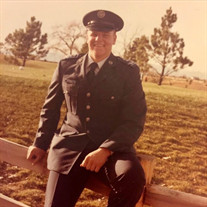 Kevin L. Matthews, 57, of Rockwall, Texas, passed from this life on May 25, 2022. Kevin was born in La Crosse, Wisconsin on September 8, 1964, and raised by his parents Regina Mae (Curtis) Matthews and Russell T. Matthews. Kevin is preceded in death by his brother, Curtis, father, Russell, and mother Regina Mae. Growing up, Kevin was all things sports, from football, to baseball, to basketball, to golf. With football being his main passion, he was honored with many accolades as well as a nomination to the United States Air Force Academy to play football. For medical reasons he was honorably discharged and then went on to play football at the University of Southern Colorado. Kevin received his bachelor’s degree from the University of Wisconsin-La Crosse and a Master’s Degree from Prairie View A&M University. During college, he met his former wife, Kendahl and together they had three wonderful daughters. Continuing his great love of football, he made it his career in life as a coach, teacher, and administrator. Outside of work, some of Kevin’s favorite things were spending time with his family, playing cards, hunting, skiing, bowling, and golfing. Kevin is survived by his daughters: Kelly Matthews, Karly Matthews, and Kenedy Matthews; former spouse: Kendahl Matthews; brothers: Michael Benrud and wife Carol, Jonathan Benrud and wife Jacquie, and Brian Benrud and wife Lora; along with a host of treasured nieces, nephews and other family members who will all miss Kevin dearly. The family wishes to express their heartfelt appreciation and thanks for the love, friendship, and support given by everyone. In lieu of flowers, the family asks that you make donations in Kevin’s name to the American Diabetes Association at www.diabetes.com/donate A graveside funeral service will be held at Moen Cemetery in Cashton, WI, on June 18th, 2022, at 11:00am.

Kevin L. Matthews, 57, of Rockwall, Texas, passed from this life on May 25, 2022. Kevin was born in La Crosse, Wisconsin on September 8, 1964, and raised by his parents Regina Mae (Curtis) Matthews and Russell T. Matthews. Kevin is preceded... View Obituary & Service Information

The family of Kevin L. Matthews created this Life Tributes page to make it easy to share your memories.

Kevin L. Matthews, 57, of Rockwall, Texas, passed from this life...