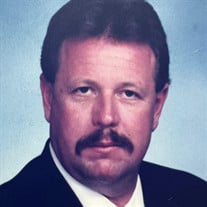 Ken Wilson-Kessler, age 66, of Rockwall, TX, passed away Tuesday, January 25, 2022. He was born May 22, 1955, in South Bend, IN. Ken met his wife, Joan, in Dallas in 1990 and the two were married three years later. They raised their children in the Garland, TX, area before moving to Rockwall to retire in 2003 for a quieter way of life. Ken had a fulfilling life as a construction superintendent, overseeing various large commercial projects around the D-FW Metroplex. He loved his family very much and they meant more to him than anything else in the world, something he often mentioned. He was unendingly proud of his children and grandkids and always tried his best to support them. He enjoyed working on cars and being outdoors - hunting, fishing, recreational shooting, driving off road vehicles, and racing cars. Ken is survived by his loving wife: Joan Wilson-Kessler; three children: Brandon, Michael and Hallie; three grandchildren: Wyatt, Vance and Barrett; and four sisters: Eugena, Kendra, Donna and Angela. He was preceded in death by his mother: Carmen M. Kessler. Funeral services will be held at 10:00am, Tuesday, February 8, 2022, at Reflections at Rest Haven Funeral Home-Rockwall Location with Chaplain John D. Cooke, PhD. officiating. Entombment will follow in Rest Haven Memorial Park. A viewing and gathering of family and friends will be held Tuesday morning, prior to the service, beginning at 9:00am. The service will also be live streamed; please go to www.oneroomstreaming.com and click on "watch your service" icon and use Event ID: resthavenrockwall and password: 4GYT7L

The family of Ken Wilson-Kessler created this Life Tributes page to make it easy to share your memories.