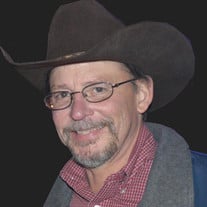 Keith Henry Smith, age 59 of Rockwall, Texas, died on November 4th, 2021 at home surrounded by his family. He was born on March 22, 1962, in Monroe, Louisiana, to Will T. and Lola (Smithwick) Smith. He is survived by his wife of 25 years, Mary; his children, Daniel Black (fiancé Amanda Morton), Morgan Smith (boyfriend Ryan Belfield), and Emily Smith (boyfriend Pedro Rico); grandchildren: Shauni Black, Gavin Davis, Eli Askins, and Wyatt Black; his parents; and his sister, Donna Smith Polledo. He was preceded in death by his son, Will Smith; and his sister, Deborah Smith Kincaid. Keith enjoyed sports in his younger years. He played football, basketball, and baseball at Riverfield Academy in Rayville, LA, where he graduated in 1980. After high school, he attended Northeast Louisiana University (now the University of Louisiana at Monroe) where he served as a Resident Assistant in the dorms, with many funny stories to show for it. He later moved to New Castle, Indiana where he met his wife, Mary. He worked for the City of New Castle, and pastored a church there for several years. He never did grow accustomed to the snow, and in 1997 he and his family moved to Texas. He served as a visiting pastor here for many years and also led bible study classes at church. He worked for the City of Mesquite for 19 years, starting as a building inspector and later being promoted to Building Official. He previously served as a board member for the Building Officials Association of Texas; he also held positions on the Board of Directors for the Mesquite Credit Union for 15 years, as a board member and as Chairman of the board. Those who knew Keith remember his friendly, outgoing demeanor. He made friends everywhere he went, and was proud to lend a hand to anyone who needed it. He loved showing off his Louisiana heritage, whether by stirring up a roux for gumbo, or reading the “Cajun Night Before Christmas” at the office Christmas party every year. Most of all, he loved LSU football; his office was covered in purple and gold, and he was never caught without his favorite LSU baseball cap – or tie, if in a professional setting. He was never too shy to shout “Geaux Tigers!” to anyone he saw in LSU attire. He enjoyed deer, turkey, and duck hunting. He also enjoyed fishing – crappie, catfish, and one infamous 9-foot hammerhead shark. He played guitar, sang hymns, and most of all, he loved being around people and meeting new friends. Above all, he loved his family. He was a devoted husband; he and his wife enjoyed traveling, making trips to Ireland, Italy, and all over the United States. He loved being a dad more than anything and took on the role of a father for many of his children’s friends as well. He took his kids on fun adventures and never missed a chance to cheer them on at football games or band competitions. He did everything he could to make them smile, from giving them silly nicknames to playing jokes on them whenever he could. He was fond of having his grandchildren over to his house and riding them around on the four-wheeler. He could always be counted on to provide good advice and support to anyone who needed it. He was a loyal husband, father, son, brother, and friend to so many. His family is deeply saddened by his passing and will always cherish his memory and legacy. Funeral services will be held 10:00 am Wednesday, November 10, 2021, at First Baptist Church, 610 S Goliad St, Rockwall, TX 75087. Interment will follow in Rockwall Memorial Cemetery. A gathering of family and friends will take place from 5:00 to 8:00 pm Tuesday, November 9, 2021, at The Gathering at Rest Haven Funeral Home-Rockwall Location. Memorial contributions can be made to Angel League, which Keith enjoyed watching. Donations can be made to https://rockwallkiwanis.org/donate.

Keith Henry Smith, age 59 of Rockwall, Texas, died on November 4th, 2021 at home surrounded by his family. He was born on March 22, 1962, in Monroe, Louisiana, to Will T. and Lola (Smithwick) Smith. He is survived by his wife of 25 years, Mary;... View Obituary & Service Information

The family of Keith Henry Smith created this Life Tributes page to make it easy to share your memories.