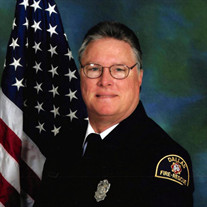 Johnny Ransom “Randy” Horn, 65, of Royse City, Texas, passed from this life on August 5, 2021. Randy was born to Johnny Earl Horn and Ruby Nell (Gaines) Horn, on January 14, 1956, in Corsicana, Texas. Randy was a resident of Royse City for over 20 years, and a member at Eastridge Church of Christ in Rockwall, Texas. Randy had a big heart! He was a loving Christian husband, father, brother, co-worker, and friend. He loved life and enjoyed people. Randy had a never-ending love for his girls and grandchildren. He supported any activity they chose and was always their biggest cheerleader and fan. Randy never met a stranger and seemed to always find someone he knew wherever we went. Randy’s early career, at about the age of 12, was construction. He learned much from his mentor, Walter Thompson. Randy graduated from the University of Texas at Arlington as a Landscape Architect, and he worked in that field for a couple of years before returning to construction. He supervised the building of at least 300 homes in Duncanville. Randy also built a home for his daughter, brother, and his own home in Royse City, “The House that Randy Built”. Randy decided he wanted to be a firefighter at the age of 34. He became a firefighter/paramedic for the City of Dallas and remained there for 25 years serving his community. Randy was proud to accept the Rookie of the Year award in 1994. He volunteered and worked at the Annual Firefighter Banquet almost every year. During his career, Randy collected fire toys and has an outstanding collection. Randy’s second job was at ACE Fire Extinguisher Company owned by John Accord in Hutchins. Many of Randy’s customers are still life-long friends. Randy played men’s softball with men from Duncanville Church of Christ and Firefighters, which included the Annual Firefighter Olympics where he made forever friends. Randy loved helping others. He served as a Deacon at Duncanville Church of Christ, Union Valley Church of Christ, and Eastridge Church of Christ. While in Duncanville, he worked on the CART program, a team that assisted with community outreach during emergencies. Randy grew up in the Wilmer Church of Christ, where he learned to lead the singing at an early age with Jack Winford. One of Randy’s most cherished memories was when he baptized his son-in-law, Jim, and his grandson, Triston. Randy was a Christian example to many and tried to do his best in all he did. He accomplished much and will be missed by many – especially his family. Left behind to cherish the memories are his wife of 43 years, Kalyn Michele (Paul) Horn; daughters: Jennifer Gardella and husband Jim, Jessica Detmer and husband Eric; grandchildren: Blake Gardella, Triston Ransom Perry, Haley Gardella, Radley Ransom Detmer, Kalee Michele Detmer; brother: James Horn and wife Josie; sister: Janell Wickens and Debbie Horn; nephews: Jimmy Horn and wife Susie, Garrett Wickens; nieces: Mandy Horn, Janie Mahone and husband Mark, Shelby Wickens; mother-in-law: Bobbie Paul; brother-in-law: Kelton Paul; along with a host of other friends and loved ones who will all miss him dearly. Randy is preceded in death by his parents, Johnny and Ruby Horn; brother: Joe Horn, and father-in-law: Jimmy Paul. A celebration of Randy’s life is to be held on Thursday, August 12, 2021, beginning at 10:00 AM, at Eastridge Church of Christ in Rockwall, Texas, with Jason Reeves officiating. A gathering of loved ones will precede the service beginning at 9:30 AM, at Eastridge Church of Christ. Burial will follow in Birdston Cemetery in Streetman, Texas, at 3:00 PM. Donations can be made in Randy’s memory to: Box 4, PO BOX 181914, Dallas, Texas 75218; and Dallas Retired Fire Fighters Association, DRFFA, PO BOX 327 Maypearl, Texas 76064.

The family of Johnny "Randy" Ransom Horn created this Life Tributes page to make it easy to share your memories.