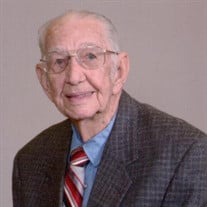 Jimmie George Dailey, a cherished husband, dad, uncle, adopted grandfather, and friend to many, was born December 9, 1932, in Royse City, TX, and passed away at the age of 88 on July 24, 2021 at his lifetime home in Royse City. Jimmie joined his precious wife, Emily Estelle Dailey, deceased on April 29, 2017, and their only son, John Paul Dailey, deceased at 16 years of age on December 29, 1984. Jimmie grew up in Royse City and spent some of his school years living in Dallas, where he graduated from Woodrow Wilson High School. He attended Texas A&M for part of his early adult years and proudly served his county in the U.S. Army. Jimmie was trained for a lifetime career as an electrician, most of that with Ling-Oliver-O’dwyer Electrical Contractors and Engineers in Dallas. Jimmie and Estelle were married October 23, 1965, in Hillsboro, TX, then immediately came to the home he completed for them to start their life together in Royse City. The following day he brought Estelle to First United Methodist Church of Royse City, where they both would love and serve the Lord and commit their son, John, to grow spiritually, as well as to influence their community through their church. His life began and closed in this church. Jimmie was an only child and was preceded in death by his parents, wife and son and is survived by nieces and nephews through Estelle’s side of the family, Oleta Emerine (Granbury), Marshall McAdams (Frankston), Barbara Evans (California), Butch Worley (Hurst), Dennis Worley (Ft. Worth), David Worley (Hurst), Janis Barton (Joshua), Michael Walker (Ft. Worth) and Karen Swanson (Dallas) along with their spouses, grand and great-grandnieces and nephews. Through the relationship with their son, John, Jimmie and Estelle adopted by love Gary Elliott, Sharon Elliott Hogan and their children, Bud Elliott and Johnna Elliott O’Brien. Funeral services will be held at 1:30pm, Friday, July 30, 2021, at First United Methodist Church, 305 N. Josephine Street, Royse City, TX. Interment will follow in Royse City Cemetery. A gathering of family and friends will be held Thursday evening at Rest Haven Funeral Home, 141 West Main Street, Royse City, TX, from 6:00 to 8:00pm.

Jimmie George Dailey, a cherished husband, dad, uncle, adopted grandfather, and friend to many, was born December 9, 1932, in Royse City, TX, and passed away at the age of 88 on July 24, 2021 at his lifetime home in Royse City. Jimmie joined... View Obituary & Service Information

The family of Jimmie George Dailey created this Life Tributes page to make it easy to share your memories.