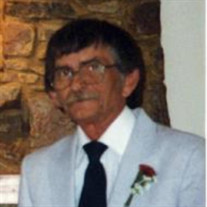 Jimmie Donald Barnard, age 82, of Garland, TX, passed away on November 7, 2021. He was born November 17, 1938, in Gatesville, TX, to Jimmie Fred Barnard and Oza Olean (Honeycutt) Barnard. Jimmie’s first job was at Chance Vault Aircraft where he worked as a model maker for wind tunnel testing. In 1955, he married his wife, Linda and they had their first son. In the 1960s, Jimmie was a milkman for Metzger’s Milk delivering glass bottles door to door, and he and Linda had their second son. Jimmie later worked as a bread vendor in the 1970s for Mrs. Baird’s, Manor/Rainbo, Earthgrains, and SaraLee. During this time, his two daughters were born. He built his first racecar from a 1931 Ford Coupe and became an accomplished ¼-mile drag racer, winning a collection of trophies. Jimmie continued to build and customize cars, trucks, vans, and motorcycles along with custom auto bodywork, detailing, and paint jobs. He ended his automobile hobby by restoring his dream car, a 1977 red Chevy Corvette. After retirement, he focused on woodworking and building furniture until his eyesight became too bad. All through his life, he was an all-around handyman. There wasn’t anything he could not fix. He did home remodeling, garden trellises, animal enclosures, fences, built garages, and even built his own woodworking shop. Jimmie loved country music and animals. Cats were his favorite. His presence will be deeply missed. Jimmie is survived by his children: Jimmie Alan Barnard and wife Denise of Gilmer, TX, Larry Don Barnard of Garland, TX, Sherry Lois Barnard and husband Eddie Reeves of Royse City, TX, Cindy Lynn Berry and husband Allen of Quinlan, TX; grandchildren: Rachel, Larry and wife Rachel, Michael, Dillon, and Hailey; and great-grandchildren: Ethan and Myra. He was preceded in death by his wife of 60 years: Linda Barnard; sister: Joyce Parish and her husband Tom; and his parents. Graveside services will be held 1:00pm Monday, November 15, 2021, at Rest Haven Memorial Park.

The family of Jimmie D. Barnard created this Life Tributes page to make it easy to share your memories.

Jimmie Donald Barnard, age 82, of Garland, TX, passed away on...