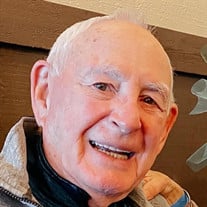 Jerry Wells, 82, of Rockwall, Texas, was ushered into Heaven to the presence of Jesus Christ, June 8, 2021. He was born on October 18, 1938, in Keokuk, Iowa, to Estie and Maxine Wells. Jerry is survived by his loving wife, June Wells; son: Craig Wells and wife Kim daughters: Missy Bryant and husband Rusty, and Susan Edwards and husband Bryan; grandchildren: Kyle Bryant, Marshall Bryant, Morgan Edwards, Spencer Edwards, Callie Wells, and Caroline Wells; great-grandchildren: Alora Bryant, and Sawyer Edwards-Bryant; brother: Wayne Wells and wife Nita; and a host of nieces and nephews. Jerry was an educator. He loved young people and wanted to help them and to make an impact on their lives, which he did. He was a teacher, coach, and administrator. He graduated from Woodrow Wilson High School, attended Paris Junior College on a baseball scholarship, and graduated from McNeese State University on a baseball scholarship. Jerry received his Master’s degree from McNeese and post-graduate work from East Texas State University. He began his teaching career in DeRidder, Louisiana, for three years, and then moved his family to Garland, Texas, where he began his basketball coaching and teaching career in the Dallas Independent School District. He later moved to teach and coach basketball at Lake Highlands Junior and Senior High schools. He was very successful with winning teams. In 1980, he hung up his coaching shoes and whistle and went into administration at Garland Independent School District. He once again was given the opportunity to influence the lives of many young people. He was an Assistant Principal at South Garland High School and five years later became the Director of the Co-Operative Behavior Center. He was able to use his many skills and abilities to help so many young people in this setting. Through the years, he remained in contact with many of his former students and players and they would always remind him of the influence he had in their lives, even as adults. After he retired in 1993, he and June bought a motor home and traveled. They followed grandchildren in all of their activities. His grandchildren were his heart. During this time, he reconnected with his high school buddies and played golf every week, and even went on golf trips twice a year. That group of men was very special to him. He loved them and looked forward to every Wednesday. Jerry was a Believer. He was a faithful member of LakePointe Church in Rockwall and the Armstrong Life Group. Once again he shared his love and talents in this life group. He will be so missed. He was a rock, and so strong. So Compassionate. He loved life and his family. He was so proud of each of his children and grandchildren. Once again, he is whole and praising his Lord and Savior Jesus Christ. In lieu of flowers, donations can be made in honor of Jerry through the Armstrong Life Group to the Bucket Ministry, at LakePointe church in Rockwall at 701 E. I-30, Rockwall, Texas 75087, on account number 1258-22580; their mission is sharing the love of God through the gift of safe, clean drinking water.

Jerry Wells, 82, of Rockwall, Texas, was ushered into Heaven to the presence of Jesus Christ, June 8, 2021. He was born on October 18, 1938, in Keokuk, Iowa, to Estie and Maxine Wells. Jerry is survived by his loving wife, June Wells; son: Craig... View Obituary & Service Information

The family of Jerry Wells created this Life Tributes page to make it easy to share your memories.

Jerry Wells, 82, of Rockwall, Texas, was ushered into Heaven...