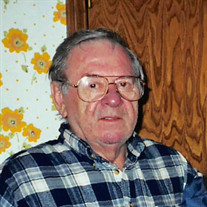 Jerry Gasewicz, age 85, of Rockwall, Texas, passed away on February 5, 2022. Jerry was born April 4, 1936, in Nanticoke, Pennsylvania, to Ambrose Gasewicz and Jennie (Gonsecki) Gasewicz. As a young adult, Jerry proudly served his country in the United States Army. He later married Carol Zalmezak on February 2, 1963. They made their home in Hamtramck, Michigan. In 1978, Jerry and Carol, along with their three children, moved to Rockwall, Texas, where he resided for 44 years. After his retirement, Jerry pursued his favorite pastimes which included watching the Dallas Mavericks play, whipping up a batch of homemade golumpki, scouring the paper for the best coupons, and sorting through his thousands of baseball cards. Jerry was a lifelong Catholic and member of Our Lady of the Lake Catholic Church in Rockwall. His ready smile and warm personality will be forever missed, but the family rests in the knowledge that Jerry has returned to his Heavenly Father. Jerry is survived by his loving wife: Carol Gasewicz of Rockwall, Texas; children: Jim Gasewicz and wife Linda of Waxahachie, Texas, Lynne Gasewicz of Rockwall, and David Gasewicz and wife Janiece of Golden, Texas; grandchild: Gabriel Gasewicz of Golden, Texas; and sister: Jane Stadts of Hamtramck, Michigan. A private family service will be held at a later date.

The family of Jerry Gasewicz created this Life Tributes page to make it easy to share your memories.

Jerry Gasewicz, age 85, of Rockwall, Texas, passed away on February...