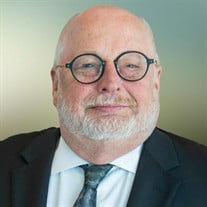 James Byron King III of Rowlett, TX, retired to Heaven at the age of 66 on June 25, 2021. He was born on October 10, 1954, in Hugo, OK, to Alvin Arthur and Beulah Ferne (Bryant) King. James was a member of C3 Church in Rowlett. He had previously been a member of Hillcrest Church in Dallas and Bent Tree Church in Carrollton, among others. He was a bold and playful man who was profoundly devoted to his family. After graduating from Hugo High School he earned a degree in Photojournalism from Oklahoma State University. Later, when exploring a new purpose for his life, he returned to school and earned his Master of Business Administration with a concentration in Human Resources from Texas A&M University at Commerce. He married his wife, Kathy, in an intimate ceremony in November of 1980. He had three children, Amber, Ashley, and James, and four grandchildren, whom he adored. He lived in many cities in Texas, including Temple, Lubbock, Mesquite, and Rowlett. He owned One Hour Photo Lab in Temple and Kingdom Works in Dallas, worked as a plant manager at FujiFilm, a regional manager at WalMart Photo Labs and Eckerd Pharmacy, and HR Manager at Bent Tree Bible Fellowship. He spent the last seven years as the HR Director of The Bridge Homeless Recovery Center in Dallas. He left a legacy of authentic compassion, integrity, laughter, and a plethora of frequently given gifts that were hilariously unbound by typical rules of societal convention and remain absurd heirlooms. He was a man of vision...but no one could ever quite figure out what the vision was! He will be affectionately remembered by his multitude of friends and family. James is survived by his wife: Kathy King of Rowlett, TX; children: Amber and Justin Butler of Garland, TX, Ashley King of Hugo, OK, James IV and Joy King of Austin, TX; siblings: Patti King, Art and Doris King, Shirley and Ricky Crenshaw, all from Oklahoma; grandchildren: Ariana, William, Liliana, and Gabe. He was preceded in death by his parents, Al and Beulah. A Celebration of Life will be held at 1:00pm Saturday, July 17, 2021, at Bent Tree Bible Fellowship in Carrollton. Memorials may be made to The Bridge Homeless Recover Center https://www.bridgehrc.org/

James Byron King III of Rowlett, TX, retired to Heaven at the age of 66 on June 25, 2021. He was born on October 10, 1954, in Hugo, OK, to Alvin Arthur and Beulah Ferne (Bryant) King. James was a member of C3 Church in Rowlett. He had previously... View Obituary & Service Information

The family of James King III created this Life Tributes page to make it easy to share your memories.

James Byron King III of Rowlett, TX, retired to Heaven at the...