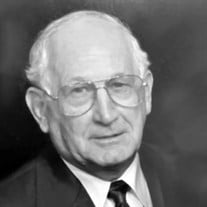 J.Lon Kimbrell, loving husband, father, and "PAPA," passed into paradise with his Savior and surrounded by loved ones on February 14, 2022. He was born April 4, 1929, the eighth child of Lillie Jane Smith Kimbrell and Homer Floyd Kimbrell of Rockwall after Beatrice Capp, Dorothy Clark, George Kimbrell, Faye Miller, H.F. Kimbrell, Jr, Kathryn Hall, and Nell Hampton. J.Lon and June were charter members of Redeemer Bible Church, and he was an active Gideon for many years distributing Bibles in Dallas. J.Lon's most exciting memory from Rockwall H.S. (Class of 1948) was being captain of the Yellow Jacket Football Team! He was married to Patsy Sue Parker from 1951 to 1963 and they had 3 sons: Kim Kimbrell, Mike Kimbrell, and Guy Kimbrell. J. Lon worked and traveled those years for American Service Bureau as an underwriter. Then he married June Harrell Wooldridge from the class of 1946 in 1968. They owned Kimbrell's Cleaners on the square from 1968 to 1974. Later, in 1973, he was enticed to become a Mutual of New York home office representative claims investigator until he retired. He lovingly cared for June until her passing in 2015, after 46 years of marriage. The family included June's daughter Patti Wooldridge (Paul Pedigo) and has since expanded to 6 grandchildren and 5 great-grandchildren: Kristin Witt (Cliff) and daughter Kylie; Heath Kimbrell (Melody) and kids: Hayes and Harper; Raleigh Kimbrell; Amy Pedigo Otto (Driscoll) and sons: Cole and Hudson; Jason Pedigo Gomez (JP); and Melissa Pedigo. The family will miss their Papa very much! A graveside service for J.Lon will take place on Saturday, February 26, 2022, at 1:00 PM, in Chisholm Cemetery in Rockwall, Texas. Please consider donating in his memory to The Gideons International to honor our Savior!

J.Lon Kimbrell, loving husband, father, and "PAPA," passed into paradise with his Savior and surrounded by loved ones on February 14, 2022. He was born April 4, 1929, the eighth child of Lillie Jane Smith Kimbrell and Homer Floyd Kimbrell of... View Obituary & Service Information

The family of J. Lon Kimbrell created this Life Tributes page to make it easy to share your memories.