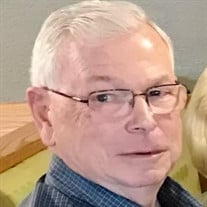 Homer Earl Fletcher, age 81, a 34-year resident of Rowlett, TX, passed away March 25, 2022. Born August 20, 1940, in Kemper County, MS, to Nelson Fletcher and Margaret (Beckham) Fletcher, Homer moved to Meridian, where he enjoyed his adolescent years with his many friends and family. He was always open to adventure and enjoyed telling stories of his youth. After High School, he joined the military and was sent overseas to Germany. He often boasted that he was there at the same time as Elvis. He returned home from service in July ‘62 and a month later, met the love of his life. He saw her in her yard playing ball, and knew. He had his sister set them up and they were married a year later. Homer came to Dallas in July ‘63 seeking a career in computers. He attended night school at UT Arlington while he worked at Lorna Fashion. He quickly joined St. Paul Hospital and that computer career took off. The Hospital as he called it, would be where he would spend his career. He began as a tab operator and rose to the position of Director of Information Management. During this time, he had 2 daughters, moved to Mesquite, Tx where he resided for 20 years. He retired in 1995, but started a new job as Papaw. In his spare time he would golf, fish and travel. He was a member of Lake Pointe Church and a faithful follower of Christ. He demonstrated the values of God and Jesus throughout his daily life. He loved his family and his country. Homer enjoyed all sports, but loved watching his children and grandchildren play more than anything; he was their biggest fan. He loved music, dancing and living life to the fullest. Homer was the best father-in-law and family leader; his presence will be deeply missed. Homer is survived by his wife of 58 years: Judy Fletcher; daughters: Amy Poppen and spouse Terry, and Jennifer Whitfield and spouse Jason; grandchildren: Brandon Perkins and spouse Kacie, Landry Poppen, Mason Poppen, Caden Whitfield, Madilynne Whitfield, Natalie Whitfield, and Presley Whitfield; sister: Peggy Howard; sister-in-laws: Barbara Fletcher and Ginger Fletcher; In-laws by marriage: Ann Lee, Billy Gault, Joan Bunyard, Eddie and Emily Sheely, Jimmy Gault, and Mickey Gault; many nieces, nephews; grand and great-grand nieces and nephews; Goddaughters: Janet Turnure and Sheila Sieving; and special friend: Bobby Evans. He was preceded in death by sister: Joann Scott; brothers: Wayne Fletcher and Nelson Fletcher; infant brother: Sonnyman Fletcher; and by his parents. A celebration of life will be held at 11:00am Friday, April 1, 2022, at Rest Haven Funeral Home- Rowlett Chapel. Interment will be 1:00pm in Rest Haven Memorial Park. Visitation for family and friends will be held from 6:00pm to 8:00pm on Thursday, March 31, 2022 at the funeral home.

The family of Homer Fletcher created this Life Tributes page to make it easy to share your memories.