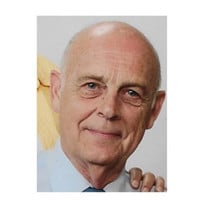 Henry Wilson Cundiff, age 80, of Sachse, TX, passed away on July 6, 2021. He was born April 13, 1941, in Pottsboro, TX, to John Henry Cundiff and Estelline (Head) Cundiff. Henry served his country in the US Navy aboard the USS Alamo from September 1959 to March 1961. He also served in the US Air Force from February 1962 to June 1984. Henry served on numerous bases, including Vietnam. He served as a Security Policeman, Special Agent in the USAF Office of Special Investigations, and Defensive Investigative Services/Defensive Security Service for over 20 years. Henry was an elder at the Nash Church of Christ and Hampton Church of Christ in Texarkana. He was a wonderful Dad, Opa, Father-in-Law, friend, and Christian servant who will be greatly missed. Henry is survived by his son: John Cundiff of Dallas, TX; grandchildren: Declan and Addy Cundiff of Rowlett, TX; daughter-in-law: Teresa Cundiff of Rowlett, TX; sisters: Mary Ahlgrimm and husband Alan of Athens, TX, and Shirley Ayars and husband Martin of Athens, TX; sisters-in-law: Barbara Rodgers of San Antonio, TX, Peggy Franks of San Antonio, TX, and Arlene Campbell of West Linn, OR; eight nieces; and five nephews. He was preceded in death by his wife of 55 years: Bonnie Cundiff; and his parents: Henry and Estelline Cundiff. Funeral services will be held 11:00am Saturday, July 10, 2021, at Reflections at Rest Haven Funeral Home-Rockwall Location. A graveside service will take place 11:00am Monday, July 12, 2021, at Northwest Louisiana Veteran Cemetery, 7970 Mike Clark Rd., Keithville, LA 71047. A gathering of friends and family will take place at the funeral home prior to the service beginning at 10:00am. The service will also be live-streamed; please go to www.oneroomstreaming.com and click on the "watch your service" icon and use Event ID: resthavenrockwall and password: SCZCVB Donations can be made in his honor to the Dorcas House – Hampton Church of Christ, 6262 St Michael Dr, Texarkana, TX 75503. https://hamptoncoc.com

Henry Wilson Cundiff, age 80, of Sachse, TX, passed away on July 6, 2021. He was born April 13, 1941, in Pottsboro, TX, to John Henry Cundiff and Estelline (Head) Cundiff. Henry served his country in the US Navy aboard the USS Alamo from September... View Obituary & Service Information

The family of Henry Wilson Cundiff created this Life Tributes page to make it easy to share your memories.