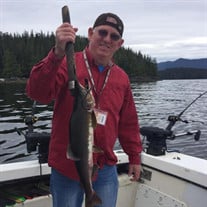 Gary Michael Smith, 67, of Royse City, Texas, passed from this life on November 8, 2021. Gary was born on January 29, 1954, to Maurice Sydney Smith and Evelyn Colleen (Hixson) Smith, in Phoenix, Arizona. Gary was a long-time, active member of the Church of Jesus Christ of Latter Day Saints in Heath, Texas. Gary spent his childhood years in Arizona, Florida, California, Nevada and most of his teen years in Eugene, Oregon. He joined The Church of Jesus Christ of Latter-Day Saints at the age of 14. According to him this was the best part of his life. He had a true testimony of the church and a deep love of Jesus Christ. He attended Winston Churchhill High School in Eugene, Oregon where he was a manager for the varsity football team. He also ran track. After joining the church he attended early morning seminary through his high school years and at the age of 19 served a 2 year mission for his church in south Texas. After serving his mission, he attended Ricks College where he met his wife, Vickie, in 1976. They married in the Idaho Falls Temple at the end of his first semester. Shortly after their marriage they moved to Idaho Falls where they had their 4 children. In Idaho, he enjoyed gardening, where he always had the best vegetable garden in the neighborhood. He loved fishing the Snake, Warm and Yellowstone rivers and various lakes in the area. He loved fishing for salmon, trout and at times ocean fishing. He taught himself how to lay rocks for a fireplace, tile for his home, and taught himself how to do various wood working projects. Some of his favorite places in the world were Alaska, Oregon, Washington, Yellowstone, and Colorado. He loved snorkeling in Florida and Mexico, and in his later years became a novice deer hunter. His family was always his priority. He loved taking vacations in the summer with his family where they often camped and then did all kinds of outdoor activities. Gary loved football and during football season his wife became a football widow. He worked for Brookshires Grocery Company for 34 years where he was known for his great loyalty and work ethic. Gary’s made from scratch buttermilk pancakes and his grilled chicken legs were his 2 signature dishes that everyone raved about. Steak, chocolate, and ice cream were the loves of his life. Gary is survived by his loving wife of 45 ½ years, Vickie Lynn Smith; daughter: Marleena Smith; sons: Aaron Franklin Smith, Jared Smith and wife Jill; grandchildren: Blake Smith, Shelbie Smith, Emilee Smith, Abegail Smith, Annahlee Smith; brother: Joseph Smith; mother-in-law: Audrey White; and a host of nieces and nephews who will all miss him dearly. Gary is preceded in death by his son, Issac Smith; parents: Maurice and Evelyn Smith; and siblings: Dennis Smith, Brenda Parson, and Debbie Martin. A funeral service is to be held on Friday, November 12, 2021, at the Church of Jesus Christ of Latter Day Saints – Heath, Texas, beginning at 10:00 AM, with Bishop Larry Roberts officiating. A gathering of friends and loved ones will take place on Thursday, November 11, 2021, from 5:00 PM – 7:00 PM, at Rest Haven Funeral Home – Royse City Chapel. Burial will follow the funeral service in Hart Cemetery, Hunt Co., Greenville, Texas.

The family of Gary Michael Smith created this Life Tributes page to make it easy to share your memories.

Gary Michael Smith, 67, of Royse City, Texas, passed from this...