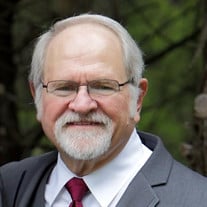 Frank Fritz, Jr., age 71, of Rockwall, TX, passed away on February 22, 2022. He was born July 14, 1950, in Robstown, TX, to Frank Joseph Fritz, Sr. and Naomi Rozelle (Kelly) Fritz. He graduated from Robstown High School in 1969 where he played saxophone as a member of the “Big Red Band from Pickerland” for the Robstown Cottenpickers. Frank attended Hill Junior College where he played saxophone in the lab band. He also attended Texas A&M-Kingsville University. Frank spent most of his career in the telecommunications industry. He worked for Southwestern Bell Telephone, AT&T, and owned his own business, Metroplex Communications. He married Donna Jolene Cox on February 23, 1974. Frank loved muscle cars, gardening, birds of all kinds and watching movies. He was a member of Saturn Road Church of Christ for 47 years where he served as a deacon for many years. Frank is survived by his loving wife: Donna Fritz; children: Tressie Bigley and husband Dennis, and Adam Fritz and wife Melinda; grandchildren: Jolene Bigley and Jensen Bigley; sister-in-law: Sherry Kennedy and husband Gary; and a host of nieces, nephews, family, and friends. He was preceded in death by his sisters: Gloria Fritz, Margie Taylor and husband Bill, and Peggy Bickham and husband Gordon; and his parents: Frank and Naomi Fritz. A memorial service will be held on March 20, 2022, at 1:30 p.m. at Saturn Road Church of Christ, 3030 Saturn Road, Garland TX. In lieu of flowers, you may make a contribution to the following: Saturn Road Church of Christ Missions, National Kidney Foundation, Dallas Christian School, or a charity of your choice.

The family of Frank Fritz Jr. created this Life Tributes page to make it easy to share your memories.