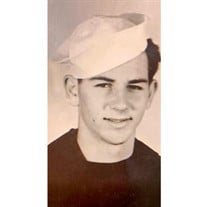 Elmer Angelo Wilder, Jr (Bud), passed from this life on May 11, 2022, at the age of 95. He was born in Brownwood, Texas on August 17, 1926, to Grace and Elmer Wilder, Sr. He was the middle child with three older sisters and three younger brothers. He loved being one of “the Wilder boys” and loved his siblings dearly. Bud attended Brownwood High School where he was a stand-out athlete which earned him a football scholarship. College, however, was put on hold when he joined the war effort as a Seaman First Class in the Merchant Marines on September 13, 1944. At the end of World War II, he returned to his hometown and was proud to play for Howard Payne University. He later earned his Masters’ Degree, but war again interrupted Bud’s life. This time it was the Korean War. He was able to transfer to the Air Force where he attended Officer Candidate School and earned the rank of Lieutenant. While stationed in Kansas, he met and married Patricia Allen. They were married for 25 years and had three children. After his honorable discharge, he went to work as a teacher and then principal. Believing that education for all children was important, Bud worked hard during the unsettling times of de-segregation and retired after 30 years with the Dallas Independent School District. He then relocated to Rockwall where he enjoyed having his son Dan (also known as Bud), daughter-in-law Laurie, and their children next door. Bud loved his family, keeping his home looking good, and golf. In fact, anyone who knew him can tell you that Bud Wilder’s passion was golf. He won his first golf club at a Caddy Tournament at the Brownwood Country Club where he worked from a young age to help support his family. The Great Depression began when he was only three years old and times were tough. His work ethic was perfected during this time, as well as his golf skills. During Bud’s lifetime, he hit six holes-in-one and these trophies were some of his most prized possessions. Nothing, however, was more important to him than family. Bud was equally proud of his three children: Daniel Wilder of Rockwall, Dana Knight of Era, and Carol Montgomery of Colleyville, his eight grandchildren, and eight great-grandchildren. He would brag to anyone who would listen about their ”good looks” and many achievements. What he valued most, however; was the quality adults they have become. Bud is preceded in death by his beautiful wife Bernice Wilder who died last year after 23 years of marriage, his first wife Patricia Wilder Stranathan, and his grandson Joseph Coleman. Bud was the last surviving Wilder sibling and his family is comforted by the thought of a heavenly family reunion with all his brothers and sisters welcoming him home. A Memorial Service celebrating his life will be held on July 9, 2022, at Reflections at Resthaven Funeral Home on Highway 66 in Rockwall, Texas. All are welcome to the buffet lunch before the memorial which will begin at noon and the service which will begin a 2:00pm.

Elmer Angelo Wilder, Jr (Bud), passed from this life on May 11, 2022, at the age of 95. He was born in Brownwood, Texas on August 17, 1926, to Grace and Elmer Wilder, Sr. He was the middle child with three older sisters and three younger brothers.... View Obituary & Service Information

The family of Elmer "Bud" Angelo Wilder Jr created this Life Tributes page to make it easy to share your memories.