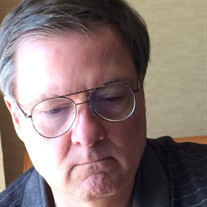 Donald Fred Fisher, age 73, of Rockwall, TX, passed away on January 23, 2022. He was born on October 21, 1948, in Chicago, IL, and graduated from IIT with a degree in Architecture in 1971. He met his wife, Lilly on a blind date and, after a year, they were married on June 1, 1974. In pursuit of their careers, they lived in Illinois, Wisconsin, Kentucky before moving to Texas in 1987. He worked as a Product Development Manager at Vistawall in Terrell, TX before starting his own business, DonFC. Com, in 1996. Moving to Rockwall in 1997, they became members of First United Methodist Church Rockwall. Donald is survived by his loving wife, Lilly Fisher of Rockwall TX, his brother, Kenneth (Carol) Fisher of Camden, ME and his sister-in-law, Angela Bird of Mesquite TX. He was preceded in death by his parents, Fred V. and Lillian K. Fisher, his parents-in-law, Philip and Carmela Barbaro, and his brother-in-law, Gerald Bird. He will be missed by relatives and friends alike. A celebration of Donald's life will be held 1:00pm Tuesday, February 8, 2022, at Reflections at Rest Haven Funeral Home-Rockwall Location. A gathering of friends and family will take place prior to the service beginning at 12:00pm. In lieu of flowers, contributions can be made to The Society of St. Stephen c/o First United Methodist Church, 1200 E. Yellowjacket Lane, Rockwall TX 75087, or the North Texas Food Bank (https://give.ntfb.org/) or a charity of your choice. The service will be livestreamed, please click on the link below: https://view.oneroomstreaming.com/authorise.php?k=1644277789165175

The family of Donald Fred Fisher created this Life Tributes page to make it easy to share your memories.