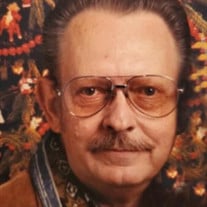 Daryl Dean Westergaard, age 84, of Garland, TX, passed away August 14, 2021. He was born June 9, 1937, in Saint Paul, MN. Daryl was a loving husband, wonderful father and a great grandpa to his grandchildren and great-grandchildren. In his earlier years, Daryl had a passion for guitars and played in a band at the Idle Time in downtown Dallas with the stage name, “Dale West.” He really enjoyed being up on that stage as the lead singer and bassist. In his later years, Daryl found another passion for helping others by creating a small home business named “Westergaard TV and Small Appliance Repair.” He continued to follow his passion of helping others until the age of 82. Daryl also had a creative side with woodworking. He built all kinds of neat things such as the barn in his own backyard, walking stilts, a huge fort for his grandkids and many other home projects. Daryl loved his family and his presence will be greatly missed. He is survived by his wife of 61 years: Sonia Westergaard; son: James Westergaard and wife Misti; daughters: Lucy Taylor and Cindy Ross; sister: Charlotte Evans and husband Evan; grandchildren: Matthew Rhoades, Jenny Le, Kyle Burkhart, Jason Taylor, Lyndsey Taylor, Michelle Fiszer, Christopher Westergaard, Christina Westergaard, Shawna Craft, Daniel Coleman and Jamie Calhoun. Has was preceded in death by his daughter: Annette Burkhart. A celebration of Daryl’s life will be held 1:00pm, Monday, August 23, 2021, at Reflections at Rest Haven Funeral Home-Rockwall Location. The service will also be live-streamed; please go to www.oneroomstreaming.com and click on the "watch your service" icon and use Event ID: resthavenrockwall and password: KHOPAT

Daryl Dean Westergaard, age 84, of Garland, TX, passed away August 14, 2021. He was born June 9, 1937, in Saint Paul, MN. Daryl was a loving husband, wonderful father and a great grandpa to his grandchildren and great-grandchildren. In his... View Obituary & Service Information

The family of Daryl Dean Westergaard created this Life Tributes page to make it easy to share your memories.