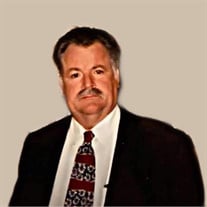 Daniel Leroy Solomon was born on December 30,1949 in Denton, Texas to James Solomon and Laura Bland Solomon. He passed away on March 9, 2022, in Carrollton, Texas at the age of 72. Daniel graduated from Denton Senior High School in Denton, Texas, then joined the United States Army where he was a US Calvary Scout deployed to Vietnam. It was there he was gravely injured in the chest, and as he lay there bleeding out, he heard the voice of God speak to him saying "you will live and not die, I have work for you to do." For sacrificing himself, and displaying acts of heroism during wartime, Daniel was awarded a National Defense Service Medal, a Vietnam Service Medal with 1 Bronze Service Star, The Republic of Vietnam Campaign Medal, A Combat Infantryman Badge, A Purple Heart, An Army Commendation Medal with 1 Oak Leaf Cluster with "V-5" Device, and he was also an Expert Rifleman with an M-14. Daniel was also awarded an Honorable Discharge from the United States Army. Daniel's love and passion for music made him a talented Drummer, Guitarist, and Singer, all of which he used for the Lord. He also earned a Bachelor's Degree in Religious Arts in Biblical Studies, and a Master's Degree in Biblical Studies from Jacksonville Seminary in Jacksonville, Florida. Daniel is preceded in death by his parents James and Laura Solomon, brothers Eugene Solomon, and brother Leo Solomon. He was married to his first wife Melody Solomon Perrin for nine years, and together they had three children. Daughter Erin Dove Solomon, son Nathan Solomon, and son Steven Solomon. Daniel was then married to Katheryn Lewis Solomon for almost 30 years. As an Evangelist, he and Kathy traveled to minister the Gospel of Jesus Christ. After Katheryn's death in 2014, Daniel married Joyce Walker Solomon to whom he was married until her death. Daniel is survived by first wife Melody Perrin, his children Erin Dove Solomon and her children Grace, Hope Faith, and Alex Solomon of Osceola, low. His son Steven Solomon and wife Dessi and their children Taylor and Landon Solomon of Nevada, low, son Nathan Solomon and wife Kimberly and their children Emma and Ellie of Pella, Iowa, Stepchildren, Shannon Weathersby and husband Shane Weathersby and their son Zackery Weathersby of Plano, Texas. Brandy Dancer and her children Bo and Briana and two step-grandchildren of Wylie, Texas, and Melissa Lovell of Tawakonie, Texas. His sisters Wilma Solomon Hethcox and husband John, Janice Solomon Moore, and husband Ronald. Brother Raymond Solomon and wife Olivia, sisters-in-law Pat Solomon, Judy Solomon, and Sharon Whallon. Several nieces and nephews. Daniel was loved and respected by all who knew him, and he will be remembered for his love for Christ, and his faithfulness and generosity to his family and friends. He will be greatly missed, and there will be an emptiness in our hearts for him. Daniel is with The Lord now, and he will have no more suffering or pain ever again. He fought a good fight, he finished his race, now he will receive a crown from the Savior he gave his life to. A celebration of Daniel’s life will be held 1:00pm Friday, April 29, 2022, at Reflections at Rest Haven Funeral Home-Rockwall location. Inurnment will follow in Rest Haven Memorial Park.

Daniel Leroy Solomon was born on December 30,1949 in Denton, Texas to James Solomon and Laura Bland Solomon. He passed away on March 9, 2022, in Carrollton, Texas at the age of 72. Daniel graduated from Denton Senior High School in Denton, Texas,... View Obituary & Service Information

The family of Daniel Leroy Solomon created this Life Tributes page to make it easy to share your memories.