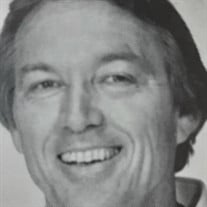 Coach Clyde Ray Alexander was born July 9, 1936, in McKinney, Texas, to Winnona Fay (Proffitt) and Hubert Lee Alexander. He passed from this life on August 11, 2021. Clyde graduated from McKinney High School, where he played football, in 1955. After graduation, Clyde spent a year at Tulsa, where he played center for the football team. In 1958, he married his after-high school sweetheart Sandra Miller. He served in the army from October of 1958 until September of 1960, some of that time in Germany. After coming back to Texas, Clyde would finish college at North Texas State University with a Bachelor of Science degree in education in 1962. He then started his career in the job he would love for over 40 years. Clyde started teaching and coaching in the fall of 1962 at McKinney Jr. High. During the summer of 1963 and 1966, he would achieve his Master's degree from North Texas. In 1963 he moved to Rockwall High School, where he would join lifelong friend Jim Hess in coaching a team that would win the AA State Championship that year. He served as Rockwall's Head football coach from 1965 to 1967. Next, Clyde would find himself coaching linebackers for the Highland Park Scots until 1969. Baytown Sterling was the next stop where he would join Hess again as defensive coordinator from 1970 to 1972 as well as 1977 to 1979. Between those trips in the fall of 1972, he opened Clear Lake High as its first Head Football Coach. As his children were becoming older, in 1979, Clyde made the jump to the college ranks with a job at Howard Payne University, from where his daughter Vicki would graduate. At Howard Payne, he served as defensive coordinator. In 1982, he would move to Stephen F. Austin State University, where he coached, with Hess again, not only linebackers in football but also golf. While at SFA, the football team would be a co-champion of the Gulf Star Conference in 1985. In the spring of that year, he coached the NCAA Division II runner-up National Golf Champion. Clyde won golf coach of the year honors from the Gulf Star Conference and the NCAA district coach of the year, and co-National coach of the year in Division II. He was inducted into the Hall of Honor for Golf at SFA in 2006. His son Greg would graduate from SFA in 1986. Clyde then spent a year at Round Rock Westwood from 1989 to 1990. In January of 1990, Clyde went to New Mexico State University, where he spent 7 years as defensive coordinator with Jim Hess once more. He came back to Texas to coach at Klein Oak High School in 1997, where he spent one season, then moved to Klein Forest High School, where he would again coach football but finish his career teaching health and coaching golf. He would retire from coaching in May of 2011. He is preceded in death by his parents Fay and Hubert Alexander of McKinney, sister Lonita Raines of Branson, Missouri, his son Kenny Marc and his daughter Lonelda Godejohn. He is survived by his wife Sandra and daughter Vicki of Katy, son Greg of Montgomery, son-in-law Kevin Godejohn of Cleveland, Texas, grandchildren Austin, Hunter and Garrett Alexander of Spring and Cory and Cayla Godejohn of Cleveland, sister-in-law Nelda McCroskey of Allen, and nephews Jeff, Scott and Kyle McCroskey and Gary Ray and Billy Don Barnes. In lieu of flowers, the family asks for donations to be made in Clyde's memory to Texas High School Coaches Association Education Foundation. The website is thsca.com. Click on education foundation, then pull up the form for making your donation. A Memorial Service for Clyde Alexander will be held Saturday, November 13 at ll:00 a.m. at the Rest Haven Funeral Home 2500 State Highway 66 E, Rockwall, Texas 75087.

Coach Clyde Ray Alexander was born July 9, 1936, in McKinney, Texas, to Winnona Fay (Proffitt) and Hubert Lee Alexander. He passed from this life on August 11, 2021. Clyde graduated from McKinney High School, where he played football, in 1955.... View Obituary & Service Information

The family of Clyde Ray Alexander created this Life Tributes page to make it easy to share your memories.