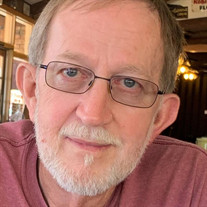 Clifford “Cliff” Roy Ponder, 70, a 12-year resident of Rockwall, Texas, passed from this life on March 25, 2021. Cliff was born on February 13, 1951, in San Antonio, Texas, to George Vernon Ponder and Mildred Joy (Chandler) Ponder. Cliff graduated from Garland High School, in Garland, Texas. He worked at Shakey’s Pizza Parlor in Dallas, before leaving to pursue work at Texas Instruments. He worked for a while at TI, before enlisting and serving bravely for 6 years in the US Army, with one tour in Vietnam. Once he returned, he became a mail carrier for the United States Post Office and worked there until he retired. However, Cliff was an active man still wanting to work, so he found employment at Walmart in the Sports Department. Cliff loved snow skiing and the outdoors. He loved to read, and was highly intelligent. Cliff tended to be a talker, often going into great detail to answer one question. Yet, he still remained private and reserved about his personal life. He always spoke about moving to Lake Tahoe in Nevada but never got the chance. Cliff always considered Henry (Hal) Morris a member of the family and was his closest friend in life since they graduated from Garland High School together. Clifford is survived by his brothers: John Ponder and wife Flordelis; and Thomas Ponder and wife, Delicia. Nieces and nephews: Kristina Petralia and her husband, Joel; Brian Ponder, and Michael Ponder. Cliff is preceded in death by his parents: George and Mildred Ponder; and nephew, Stephen Ponder. A memorial service is scheduled for Tuesday, April 6, 2021, from 5:00 PM to 7:00 PM, at Rest Haven Funeral Home Rockwall – Location. Cliff will be laid to rest at 2:00pm on Tuesday, April 27, 2021, at the Dallas/Fort-Worth National Cemetery.

The family of Clifford "Cliff" Roy Ponder created this Life Tributes page to make it easy to share your memories.