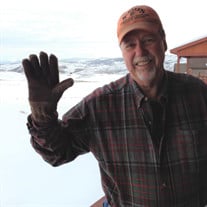 Charles Elbert Schuerenberg, 76, of Sherman, Texas, passed peacefully on July 17, 2020, surrounded by his family. He was a long-time resident of Mesquite and Heath, Texas. He and his wife, Pennie, just recently moved to Holly Lake Ranch to retire. Charles was born July 8, 1944, to Mildred and Ben Milner. His father passed away when Charles was only five years old. At age 8, Charles was adopted by Walter Schuerenberg. Charles graduated from Mesquite High School in 1962 and went to the University of Texas on a basketball scholarship. In 1968, he graduated from Baylor Law School. Charles began his successful law practice, Schuerenberg and Grimes, in 1972. His practice was primarily focused on family law, of which he practiced until he retired in the summer of 2019. He was involved in many local community organizations, such as the President of the Mesquite and Dallas Bar Association, The Dallas County School Board of Trustees, Chairman of the Board of Mesquite Memorial Hospital, and Vice President of The Mesquite Champion Arena. Charles, lovingly known as “Schoo” to everyone who knew him, was an avid golfer and loved hunting. He and his family cherished a long tenure of 47 years hunting and spending time together at the “deer lease.” Charles also enjoyed sports, coaching, and traveling. Nothing meant more to him than spending time with his family, 17 grandchildren and two great-grandchildren. Charles is survived by his wife of 33 years, Pennie; children: Lori Schultz, Denise Lohmiller, Angela Jobe, Chandler Janger, Jeromy Benefield, Brittany Dlabaj and Chesley Garcia; and brother: John Schuerenberg. Charles is preceded in death by fathers: Ben and Walter, and mother: Mildred, known as "Nenaw,” to those who knew her. Funeral services will be held at 10:00am on Thursday, July 23, 2020, at Reflections at Rest Haven Funeral Home-Rockwall Location. In lieu of flowers, please donate to parkinsons.org or to American Cancer Society at www.cancer.org. The service will also be live streamed; please go to www.oneroomstreaming.com and click on "watch your service" icon and use Event ID: resthavenrockwall and password: YBQXZV.

Charles Elbert Schuerenberg, 76, of Sherman, Texas, passed peacefully on July 17, 2020, surrounded by his family. He was a long-time resident of Mesquite and Heath, Texas. He and his wife, Pennie, just recently moved to Holly Lake Ranch to... View Obituary & Service Information

The family of Charles Elbert Schuerenberg created this Life Tributes page to make it easy to share your memories.