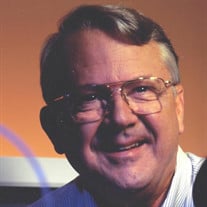 Beloved husband, father, research physician, and “farmer,” Dr. Charles Roe passed away Wednesday, September 1, 2021, in Dallas, TX. He was born in Baltimore, MD, on August 7, 1937, as the youngest of three to Cornelius V. Roe and Elizabeth Rider Roe. He attended school at Gilman School, graduating in 1955. In 1959 Charlie graduated from Duke University with a B.A in Zoology, and received his M.D. from Duke Medical School in 1964. He served in the U.S. Coast Guard Reserve Corp as part of the U.S. Public Health Service from 1965-1967. Charlie’s career following medical school included internships within the newly developed National Institute of Child Health and research studies at Brandeis University in the areas of biochemistry, enzymology, and cardiology which led to the development and application of CPK isozymes and CK-MB analysis for cardiac injury for which he was honored and elected to Fellowship in the American College of Cardiology (FACC). From 1978 – 1995 he was Professor of Pediatrics and Director of the Division of Metabolism at Duke University Medical Center where he orchestrated the development of a mass spectrometry facility for the diagnosis and treatment of genetic biochemical disorders which paved the way for state and worldwide supplemental newborn screening. Charlie moved to Rockwall in 1995 after being recruited to establish and direct the Kimberly Courtwright and Joseph Summers Institute of Metabolic Disease at Baylor (Scott & White) in Dallas, TX until 2009. There he developed a treatment strategy for patients with inherited disease using triheptanoin. For 27 years, he and many international colleagues joined together on the coast of North Carolina to share current and unpublished research findings. Charlie was delighted to observe that many of the attendees’ curriculum vitae included: “Attendance at the Long Beach Institute, Oak Island, NC.” The most important passions that propelled him through life was his intense love for his children, bluegrass music (passing up an opportunity at the Grand Ole Opry for a medical career), Maine lobsters, Duke basketball, and the NC coast. In his spare time, Charlie loved spending time tending to his garden and taking care of his thirty chickens. To the volunteers at Rockwall Helping Hands, he was known as the “egg man” because he would bring fresh eggs and vegetables to them weekly. He is survived by his loving wife of 30 years: Diane S. Roe; his five children; son: Charles (Chip) and wife Bobbi Roe; daughters: Elizabeth and husband Terry Sippel, Sarah Roe, Laura Stevens, and Christine and husband Denver Norwood. He has eight grandchildren, CJ Sippel, Kaleigh and Brenna Roe, William and James Stevens, Elijah Owen, and Emma and David Norwood. His extended family includes cousins, nieces and nephews but also included close relationships with his patients and their families, some to whom he was known lovingly as “Uncle Charlie.” He was preceded in death by his parents; his first wife: Mary Ann Evans Roe; and two sisters: Betty Ann Roe and Jane Hahn. A memorial service will be held 1:00 pm Saturday, October 30, 2021, at Reflections at Rest Haven Funeral Home-Rockwall Location. Services will be livestreamed and can be found at: https://view.oneroomstreaming.com/authorise.php?k=1634680985143432 In lieu of flowers, the Roe family would like donations made to the FOD Family Support Group in memory of Dr. Roe. https://www.fodsupport.org/donate/ Designation ~ Scholarship/Grant Fund in Memory of Dr. Charles Roe

The family of Dr. Charles Roe created this Life Tributes page to make it easy to share your memories.