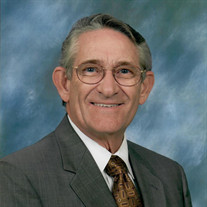 Arthur Charles Whitlock, age 83, and a longtime resident of Rockwall, TX, passed away March 26, 2022. He was born August 31, 1938, in Hightstown, NJ, to Arthur Cornelius Whitlock and Florence (Stachurski) Whitlock. His 7th great grandfather, Thomas Whitlock, was the first known settler of New Jersey in 1663 and his 8th great grandfather, Peter Brown, came to America on the Mayflower. Arthur proudly served his country in the U.S Marines in the renowned Marine Corps Band as a trumpet player. After serving his country, he became a fixture in the North Texas construction industry for over 50 years. He was still working up to his death at Oldham Lumber Company. He was passionate about soccer as a player and then a coach for many years. He helped bring competitive soccer to North Texas in the 1970's. He was an avid skier and longtime member of the Dallas Ski Club. He was looking forward to more trips prior to his death. He is survived by his daughter: Patricia Whitlock; and two sons: Dean Whitlock and wife Sandra, and Robert Whitlock and wife Danica, all of Gordon, TX; grandchildren: Collin, Zachary and Michael Crawford, Alexandra, Tanner and Dylan Whitlock, and Christopher and John (J.R.) Nizborski; and great-grandchildren: Parker and Wyatt Nizborski. He was preceded in death by his beloved wife: Judy Whitlock; and by his parents. A celebration of Arthur will be held at 1:00pm Thursday, April 14, 2022, at Reflections at Rest Haven Funeral Home-Rockwall location. Inurnment will take place at 2:30pm, April 14, 2022, in Rest Haven Memorial Park. A gathering of family and friends will take place from 12:00pm to 1:00pm at the Gathering at Rest Haven Funeral Home, one hour prior to funeral services. The service will also be live-streamed; please go to www.oneroomstreaming.com and click on the "watch your service" icon and use Event ID: resthavenrockwall and password: ZMCW3S

The family of Arthur Charles Whitlock created this Life Tributes page to make it easy to share your memories.

Arthur Charles Whitlock, age 83, and a longtime resident of Rockwall,...